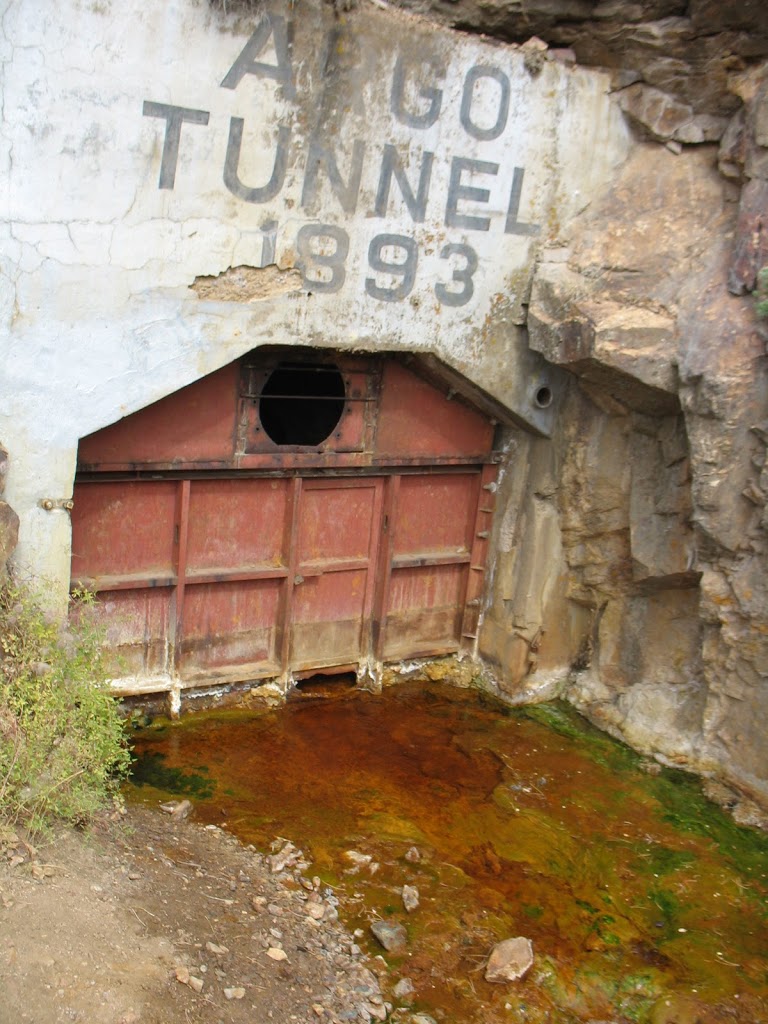 in addition to the Denver Miniature Museum, we also ventured into the mountains to see another unique Colorado site — a gold mine & mill. the Argo Mill & Mine is located in Idaho Springs east of Denver and is known in part because of its 4.16 mile long tunnel that allowed easier extraction of gold along the length of the tunnel. the Dutch ex-pat that started us off on our tour was a hoot and gave us far more information than strictly necessary.

construction of the tunnel began in 1893 from the southern terminus and, by the time it reached its completed length in 1910, intersected nearly all the major gold mines between the entrance and Central City. construction did not progress unhindered, as management and construction teams changed and war broke out between England and Spain. rather than dig further into the mountain and then cart gold out to the entrance and down the mountainside or to the mill, the tunnel allowed prospectors to send ore down chutes into carts that traveled along rails inside the tunnel and straight to the mill.

by 1914 the nearby mill was running at full capacity but problems persisted and, in 1943, disaster struck. prospectors found a major lode of gold near the Central City end of the tunnel and decided to blast it out to get at it more quickly. unfortunately, there was an abandoned mine that did not appear on maps which was filled with water. the blast unleashed what amounted to an underground lake and flooded out the tunnel. the deluge ripped up everything in the tunnels, rendering it virtually unusable and full of acidic mine water. shortly after the disaster, the national government ordered all gold mines closed so as to free men and materials for mining metals more deemed more important to the war effort. neither the mine nor the tunnel ever re-opened.